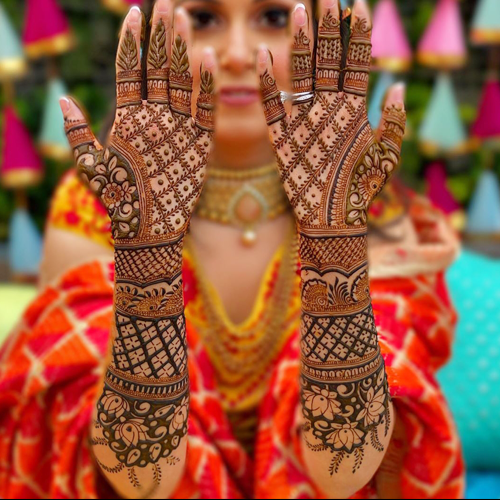 Satyam Mehndi Artist is an expert and experienced Mehndi Designer located in Chandigarh. We are specialized of Traditional Indian Bridal Mehndi Designer with over 20 years of experience. We only uses natural Mehndi powder with natural herbal ingredients to prepare quality Mehndi paste. You just need to keep Mehndi paste for few hrs on your body. Colour is guaranteed. Mehndi a traditional art of designing the hands and feet is an integral part of Indian customs and functions. 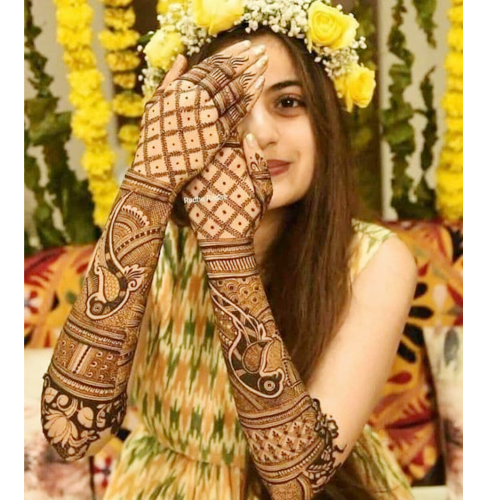